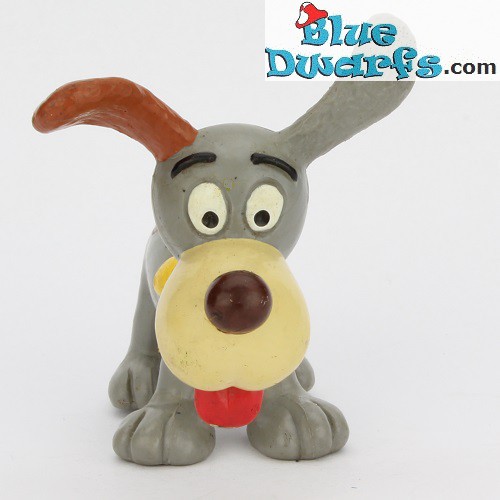 Did you know that Puppy, the dog of the smurfs, originally belonged to wizard Omnibus? After being lost one dark night, he was found by the Smurfs. Soon our little blue friends became so attached to the little creature that Omnibus gave Puppy to them.

Puppy wears a golden heart-shaped pendant around his neck. According to the wizard who gave puppy to Omnibus, the one who is able to open it will become Puppys rightful owner. In the Hannah Barbera it is also said that the pendant contains ‘the key to all magic’.

Has someone ever managed to open it, you ask? I'll tell you; our cute little baby smurf.

Condition of the smurf: New.

Note: The smurf can always be a little bit different than the photo. If you are looking for a specific smurf or variant, please contact us before you order. 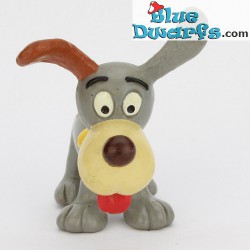 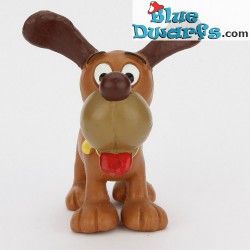 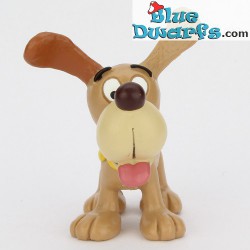