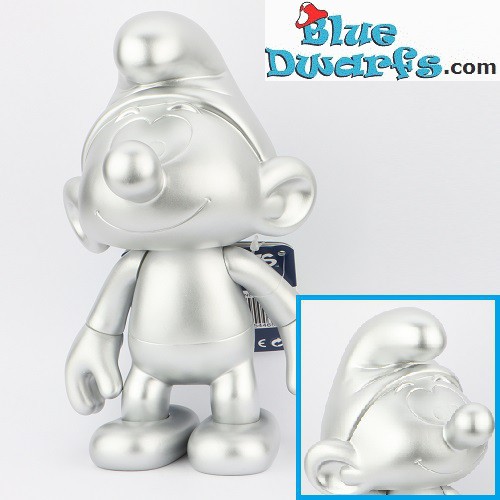 Plastic movable smurf (reissue 2019,  +/- 20 cm). Compared to the previous silver version, this smurf is more matt instead of shiny.A must have item for every smurf collector.

Known to most collectors as the Global Smurfs Day smurf, armies of the smurf coloured version of this figure first appeared in cities and landmarks all over the world in 2013 to promote the Smurfs 2 movie and celebrate the 85th birthday of Peyo. Since then, many variations of this collectible figurine have been issued, including this plastic movable yellow version (reissued in 2019, +/- 20 cm).

A must have item for every smurf collector. 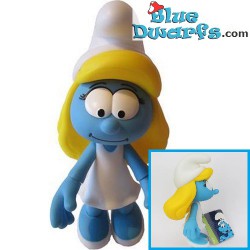 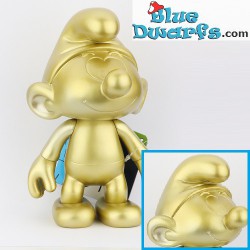 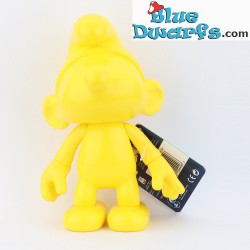 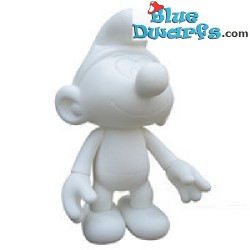